These two. Oh these two. Magic.

A year ago around this time, I was still living in Ohio and had made up my mind that I wanted to move to Portland. It’s 2013. Here I am. It’s wild how you much you grow and change within just a years time with a very very simple goal; move to Portland, make it work. The people I’ve met along the way have shaped and have had such a huge impact on this transition. These two had an impact.

If you don’t know Andria, well she’s a badass photographer. CJ is a badass drummer. They’re not engaged….yet. They live in Seattle. CJ is from Portland so that made this shoot even more special. They’re incredible humans. Just look at how well they fit each other. It’s crazy.

It’s always fun to shoot other creatives people. Theres that extra element that makes you feel the need to push yourself is mixed in. I had been wanting to shoot these two as soon as I found out they were dating and the time had finally come. What better way to kick off 2013 than a shoot around Portland, in studio, out on the streets with two rockstars. 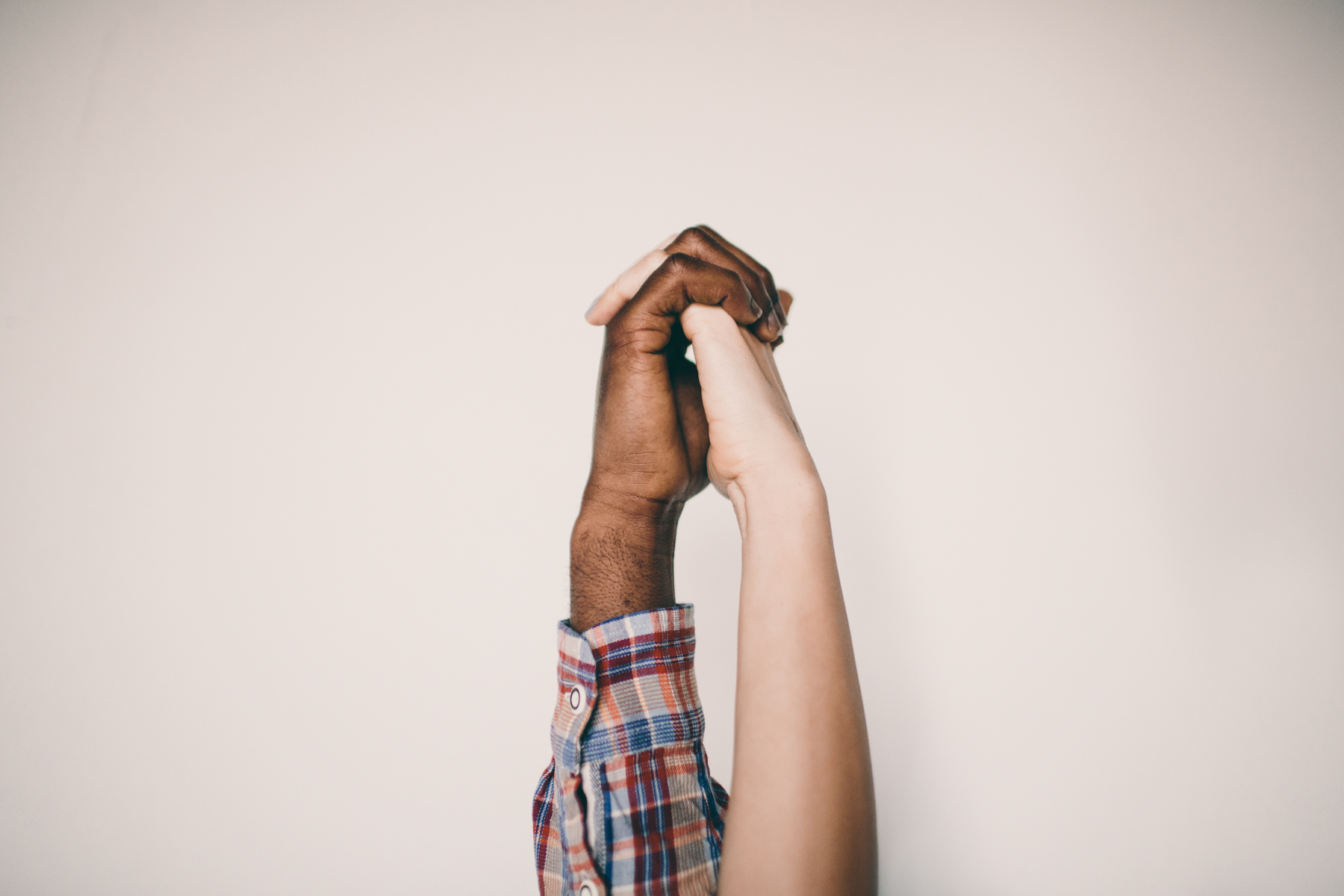 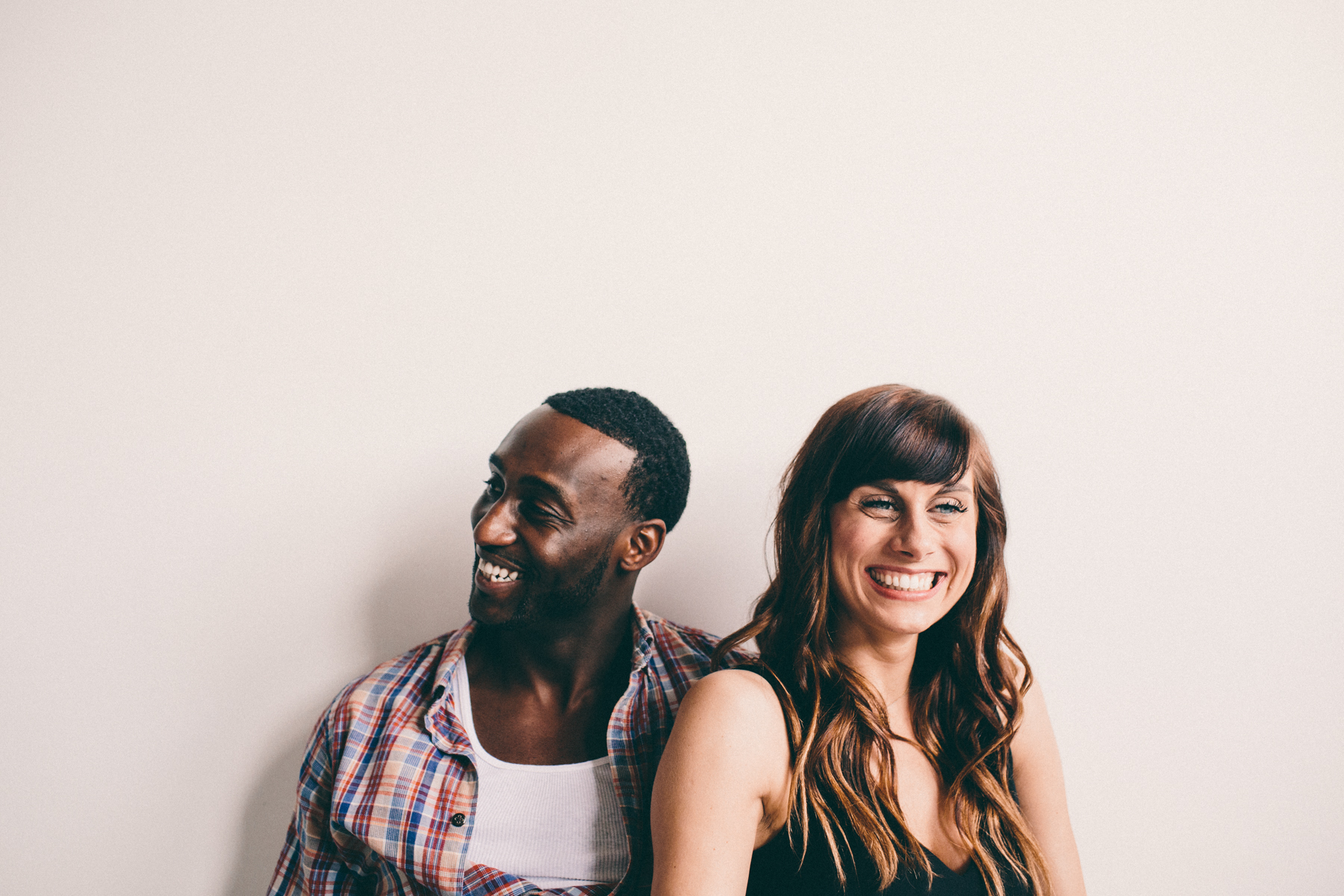 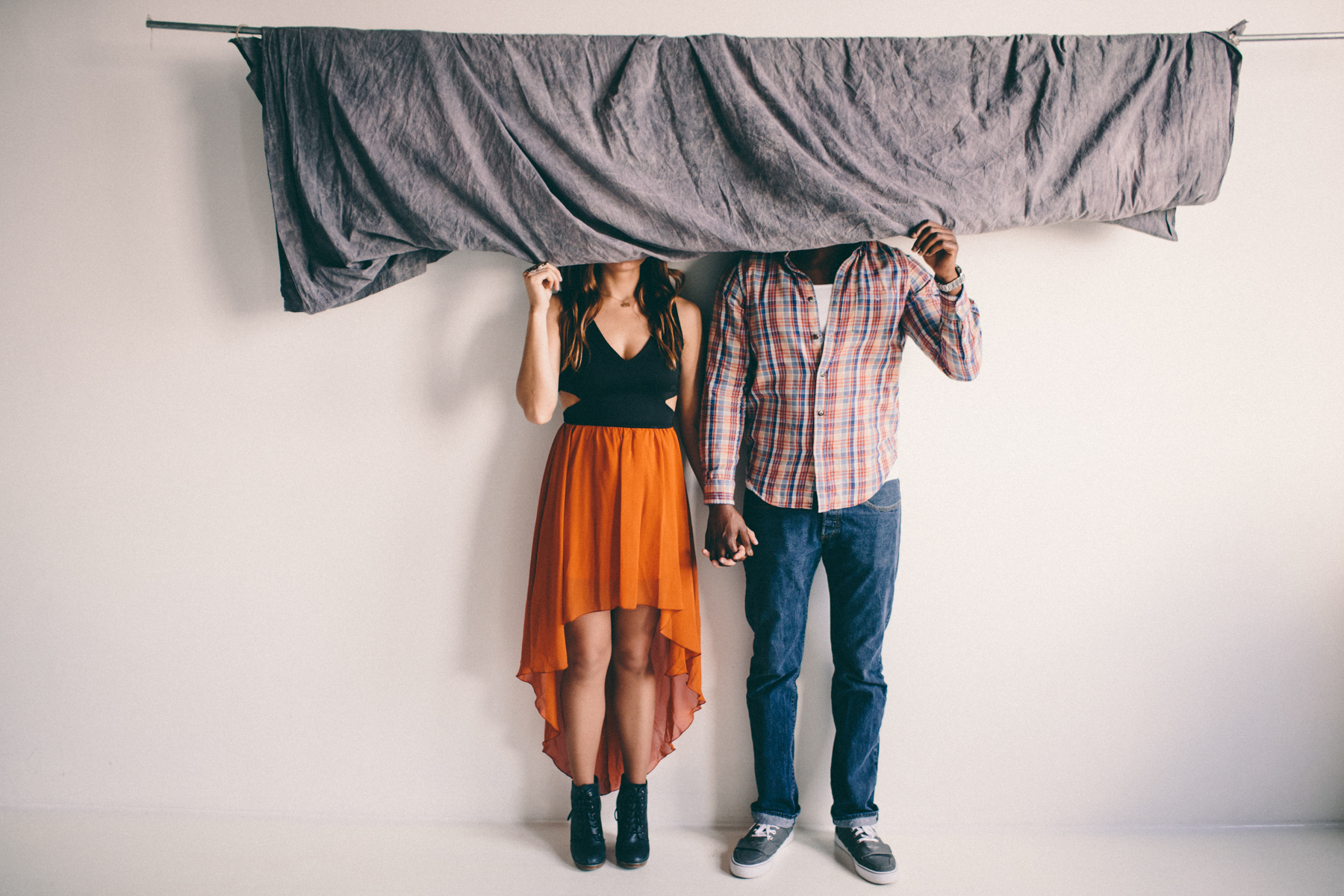 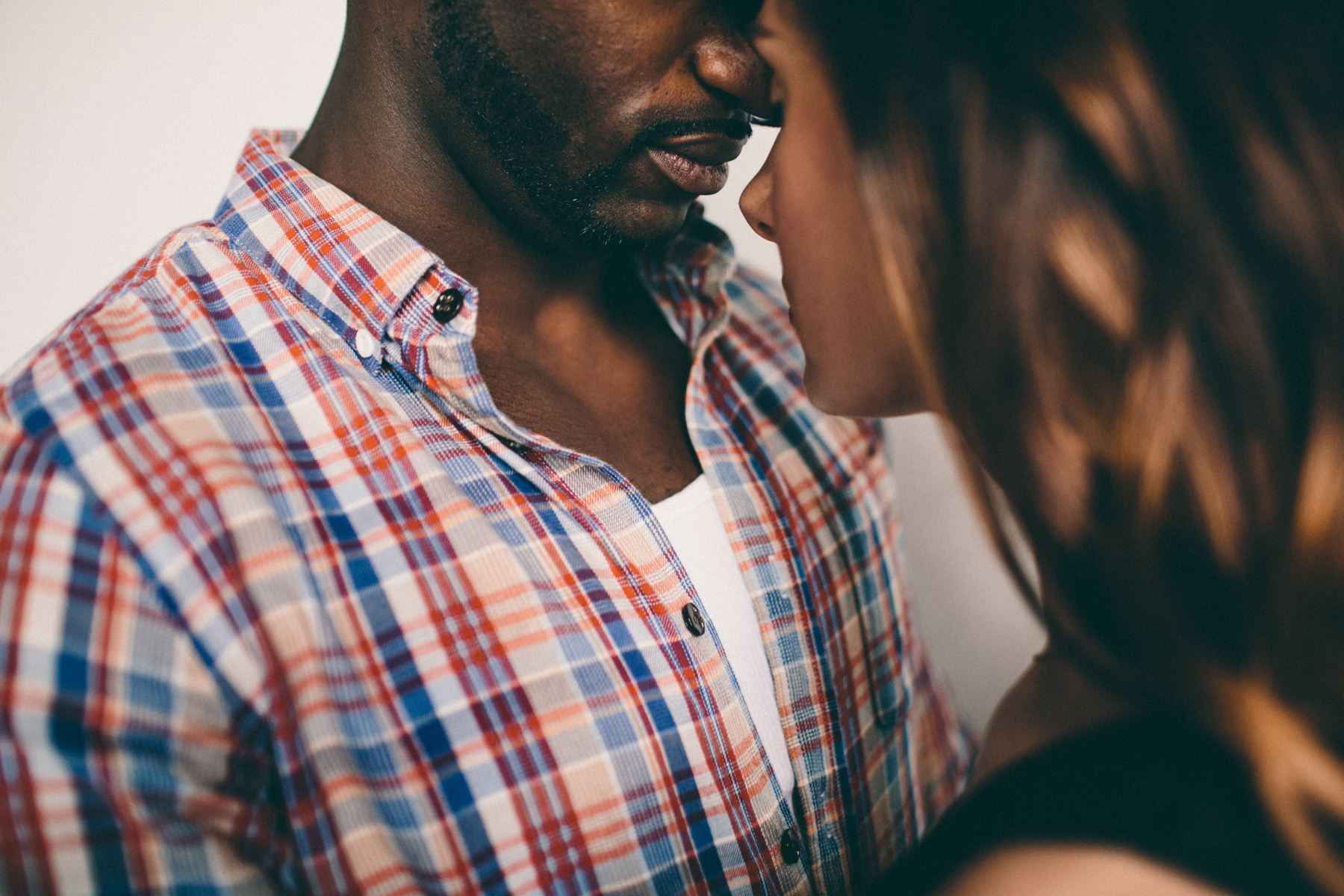 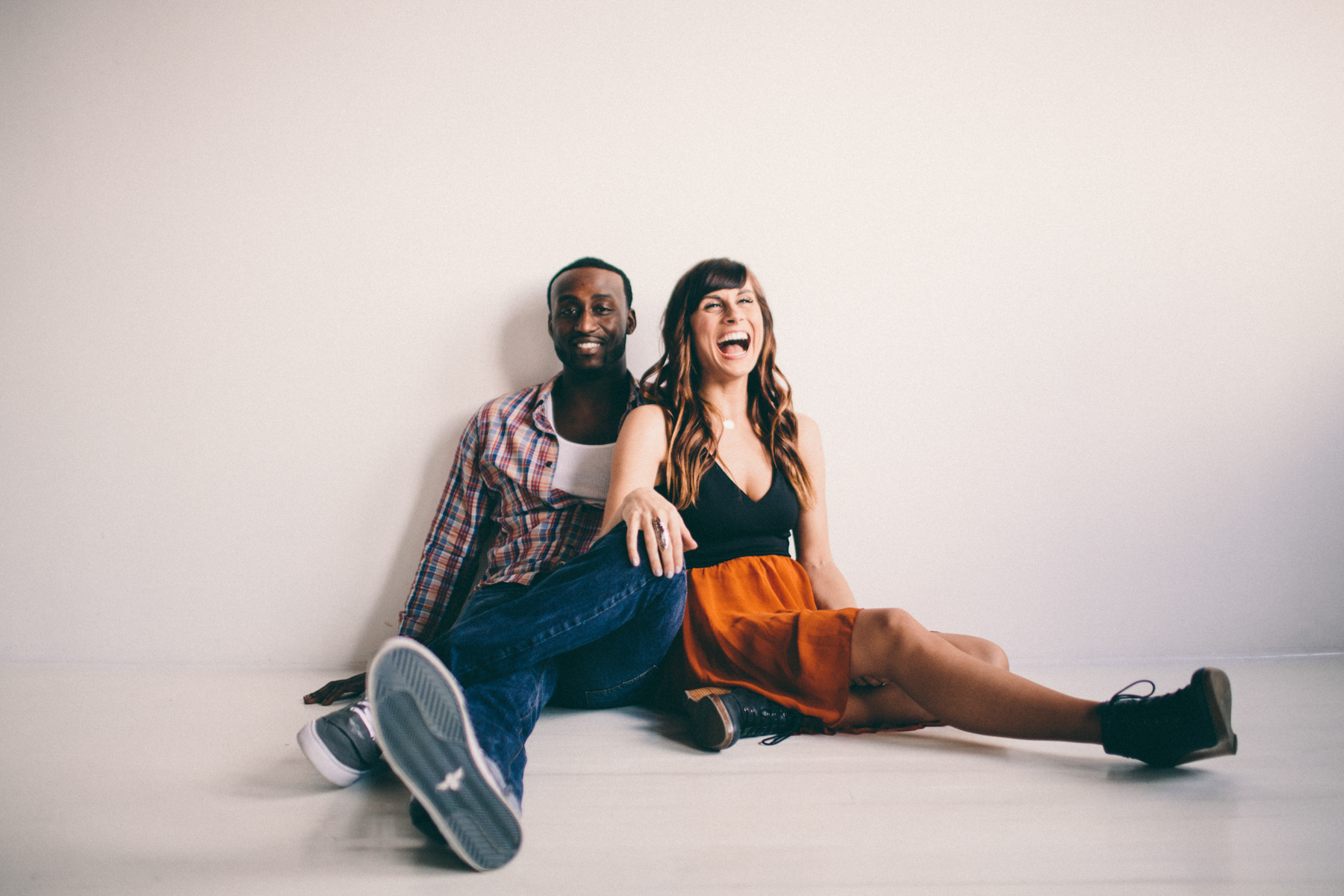 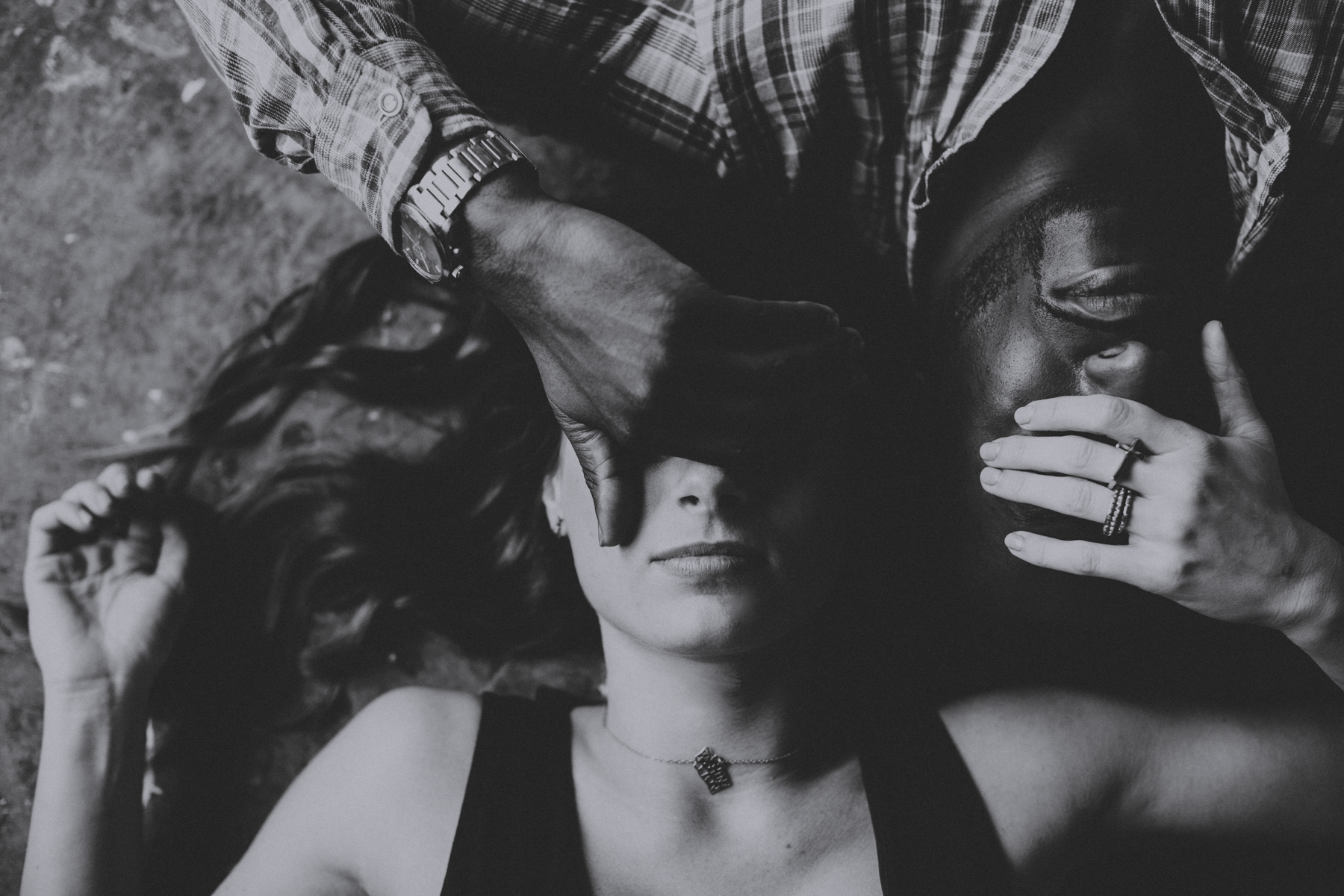 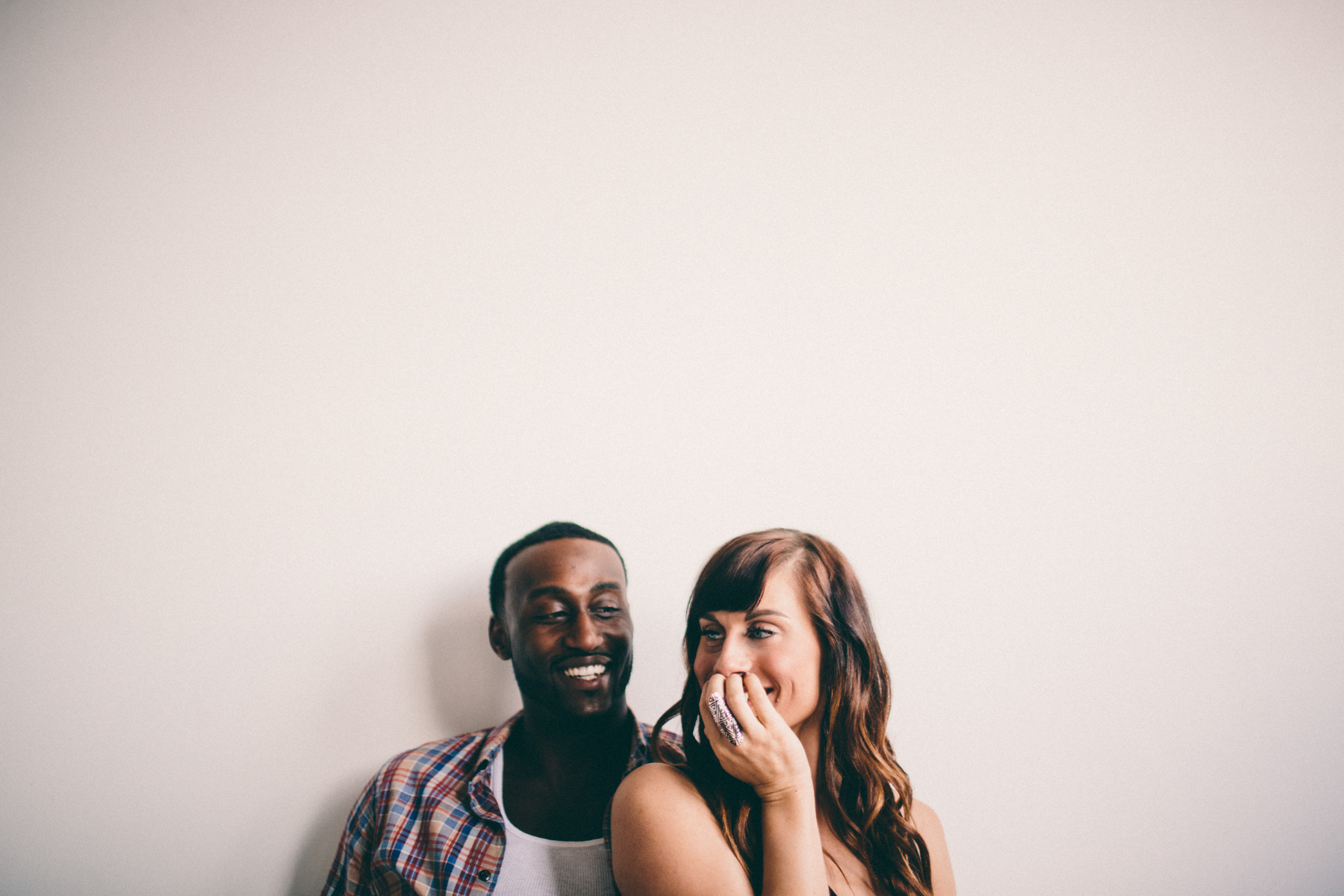 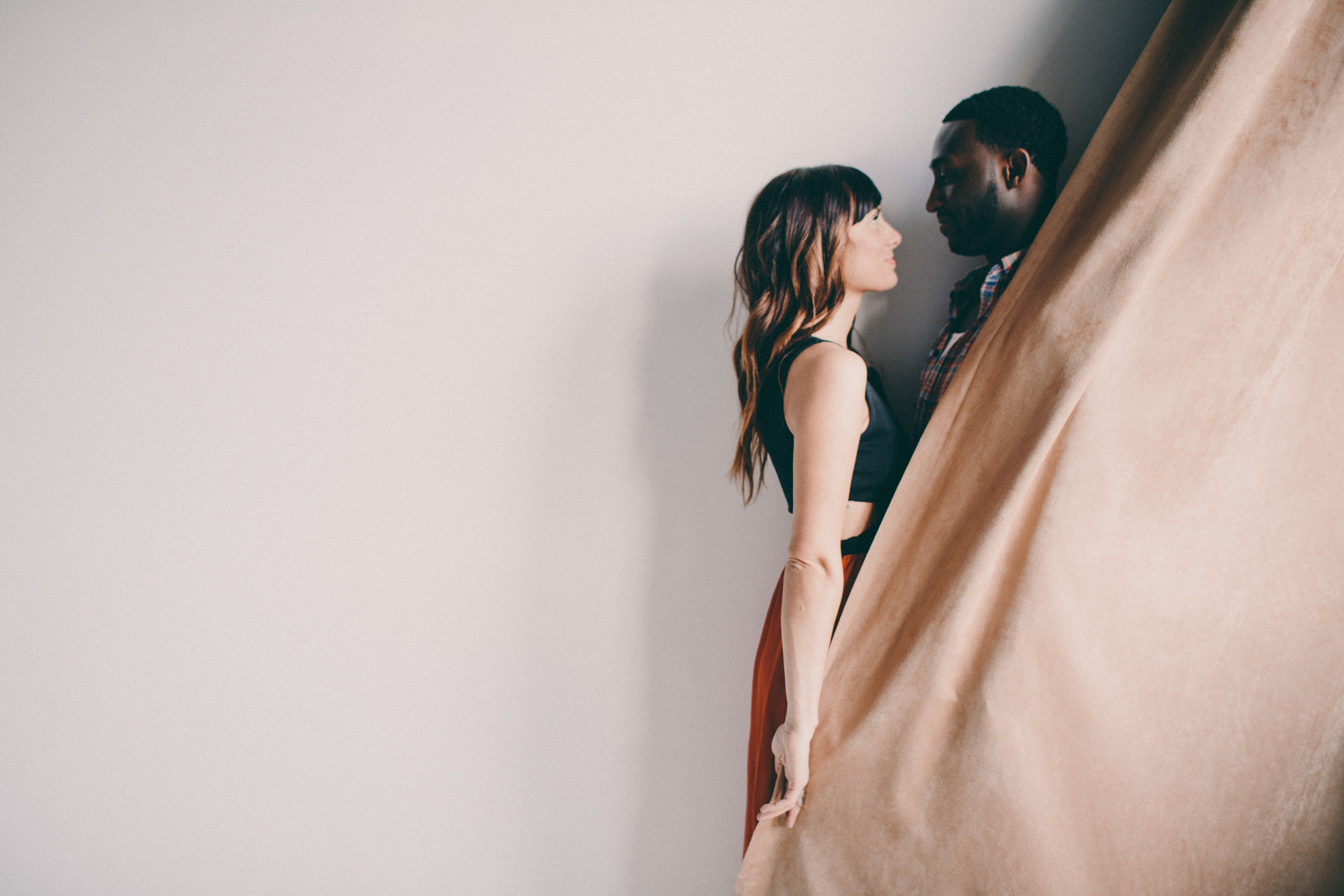 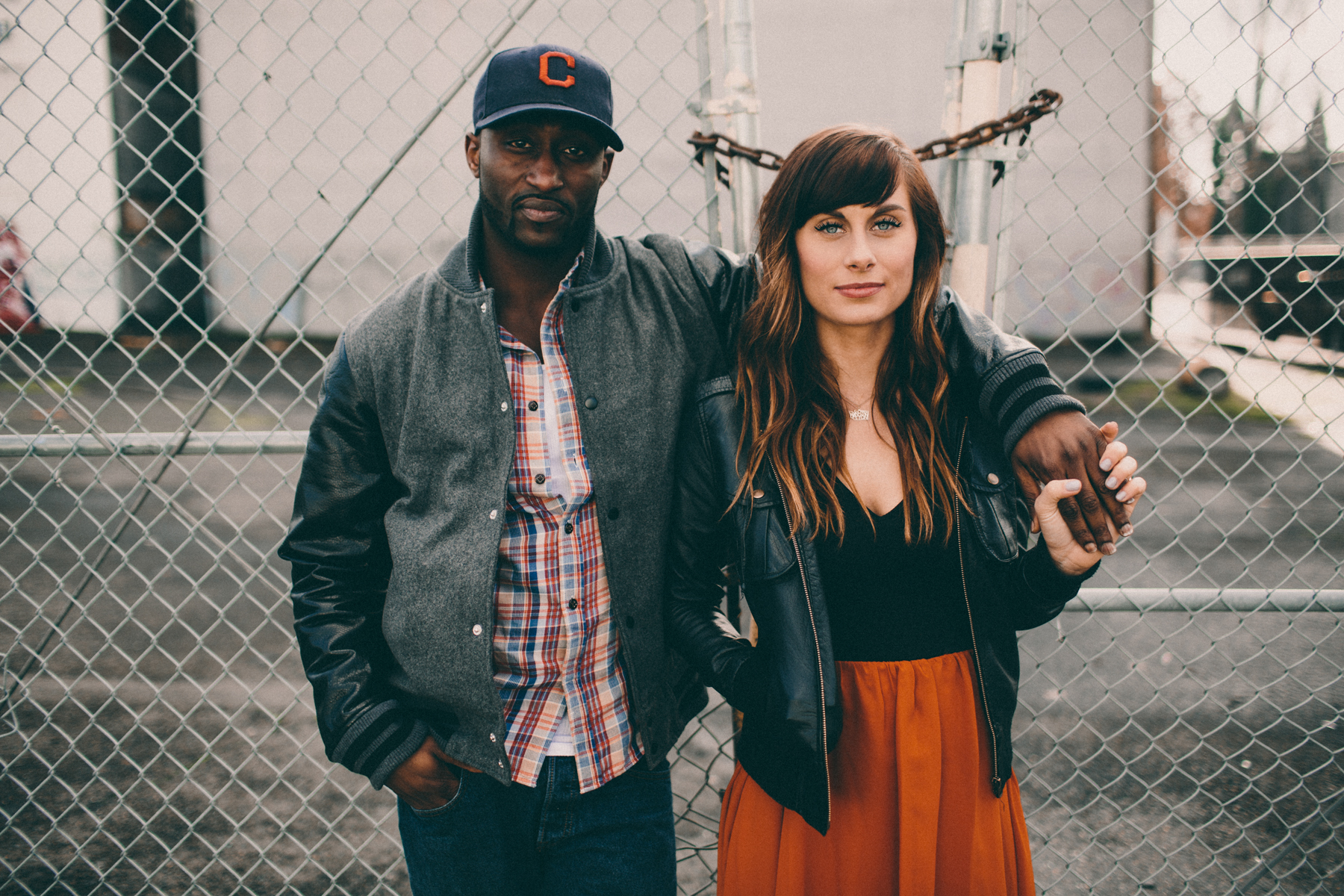 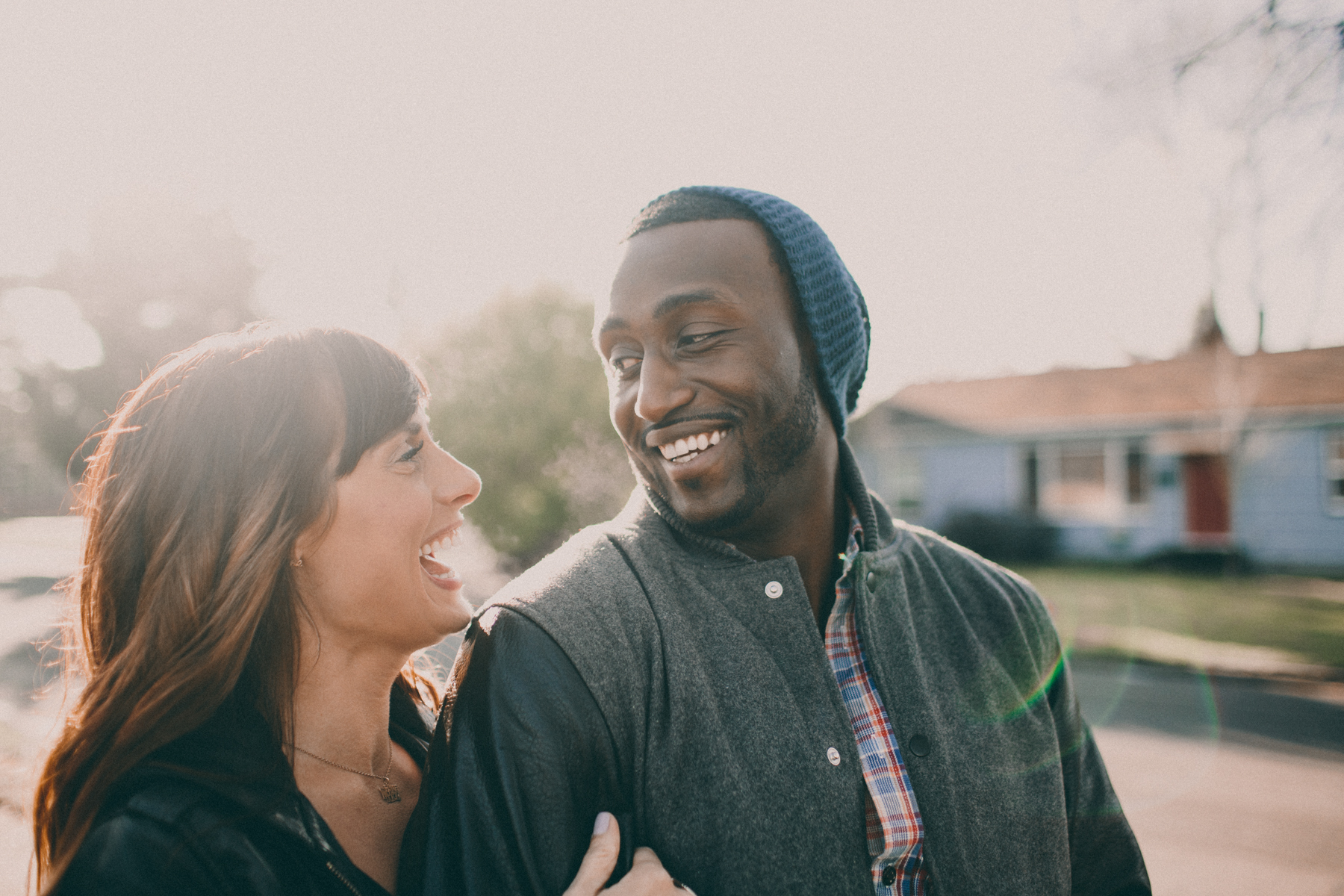 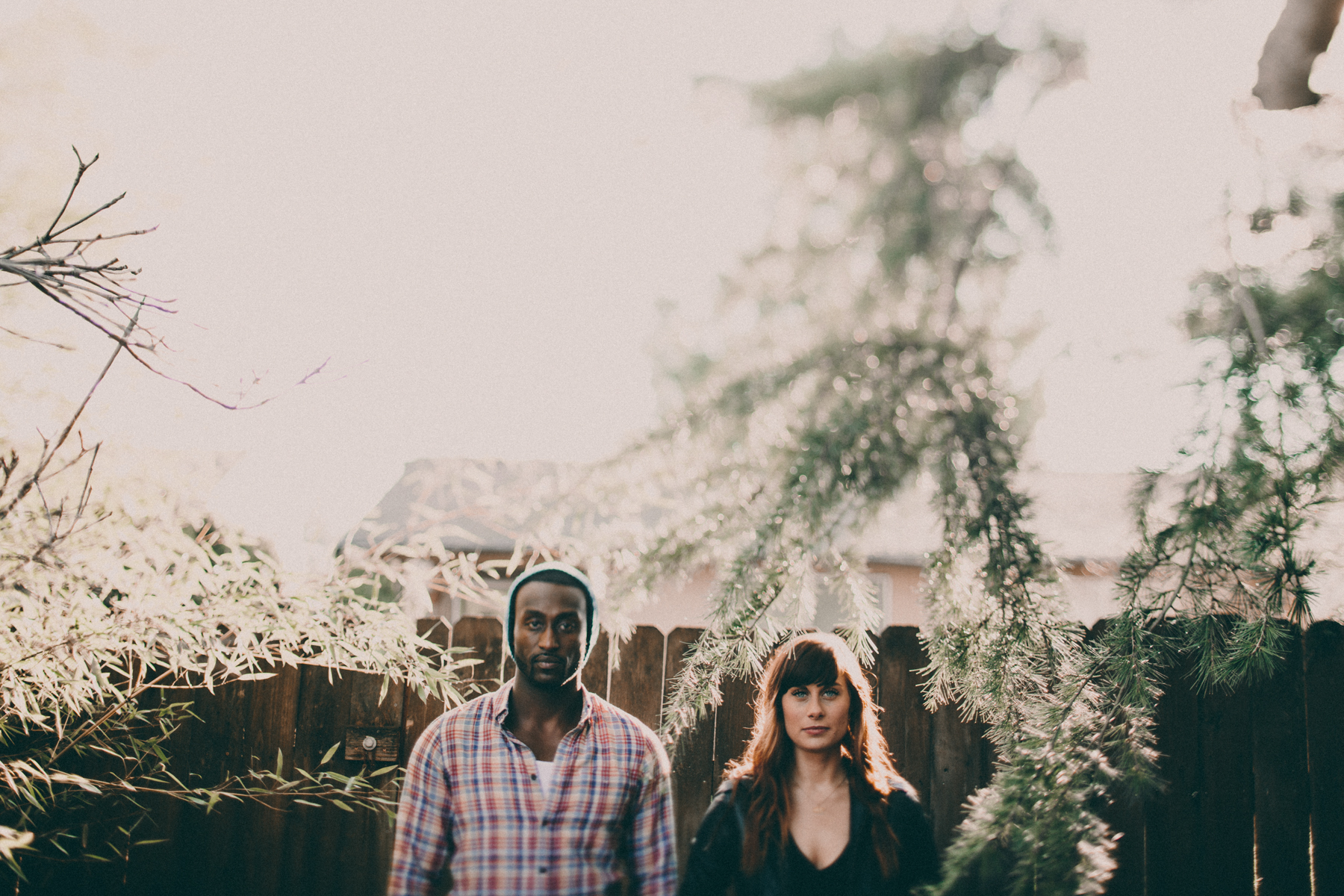 Love these photos! The colors are great, and the set up is so creative and good.

Whoa. This shoot is gold. Loved this…was always curious to see what Andria look’s like (been following her blog for a while). And you captured them perfectly.

Wow! They are both gorgeous! Incredible session!

well that was pretty f***ing rad! So many great shots. Good work. After seeing this I may consider sharing my secret recipe of pork and beans with you

Great shoot phil, you are a pro, and I felt like I was friends with these two by the end of the blog, you capture more then images you capture life. 🙂

Gorgeous! I want her dress.

That is so incredibly awesome!

dang, Phil. These are money. my favorite session of yours to date.

wow! these are all incredible photos. such emotion and character in every single one. awesome job.

These are just so beautiful. Andria, you guys make a perfect couple.

ummmmm. okay. so the stair shot deserves all of the fearless awards there are to give. and you should have stayed in ohio so you could take pictures of me and my guy. jealous.

these are amazing! Well done.

absolutely stunning. these two. seriously head over heals in love with your work. like whoa.

these are so utterly adorable. you two look great together! x

These are adorable! Love the colors, man are you kidding me? They POP like crazy. They’re amaaaamahzin

Love love love. These are so amazing.

Can’t say anything that hasn’t already been said… SO good, Phil.

This is rad Andria. You two look so good together.

well now i know all the excitement that goes into being photographed with the one you love. its really special. thank you for wanting to shoot us, for taking the time to search out great spots. you couldnt have picked anything more fitting and you couldnt have captured us in a better way. got the fun and spunk and love and laughs. and i will absolutely look at these with great memories. first time this love being photographed, will always cherish these.

so special. thank you Phil.

These are crazy good. So beautiful.

These images are breathtaking! So glad I stumbled upon your blog.

Wow, what an awesome shoot! I think you really captured them well. My sister is so beautiful 🙂

These are Fantastic! Wonderful work!

Lovely photos! It looks like the 3 of you had a ton of fun on this shoot. 🙂
I too am interested in moving, to either Seattle or Portland, and its good to hear that you were able to make it work. I’ll be visiting Portland for the first time in February to search for a neighborhood that inspires me. What are your favorite parts of the city?

fantastic. glad to find you via Andria’s link!

These are pretty epic, love the light in all the frames.

These are incredible, Phil. The first shot, the stairwell, and Andria’s eyes where they’re both laying on the ground – holy sheeit.

Magic. Some incredible stuff. All sups, all day. xoxo.

so soliddddddd. these are prime.

What up- these are amazing! That frame of them laying with each of their hands over the other person’s eyes- WOAH- so good. And the light in these is epic. Slow clap for you Mr. Phil

Big wow for that one

love this couple. that stair shot…whoa.